​Jane Taylor Lee, MA, CCC
Jane has worked with civilian and military individuals and families for 22 years, assisting them with challenges ranging from separation and divorce, communication, intimacy, parenting, anger management and domestic violence, to coping with and managing symptoms of post-traumatic stress. Jane has researched, designed and facilitated couples workshops addressing anger management and violence prevention, parenting, intimacy, depression, grief, and loss.  As a child specialist for 22 years and an experienced divorce coach, she understands the complexities of relationships and the stressors that can end them. It is through this unique combination of experience and dedication that Jane helps individuals, couples and their families to manage traumatic and stressful events and create opportunities for transformative healing. Jane coordinated Caught in the Middle at the agency from 2001 until 2003 and then served on our Board of Directors for six years. She has facilitated parent groups and has been on the team of co-facilitators for the Parenting After Separation workshops since 2002. Jane earned a Master’s degree in Counselling Psychology from Adler University in Chicago, Illinois, and provides clinical supervision to Master’s students and mental health professionals. Jane celebrates ethnic, cultural, and spiritual diversity in her work.   As well,  Jane has over 15 years experience working with EAP providers and strongly believes these services are of paramount importance to individuals and families navigating the emotions and challenges of complex family and work dynamics.  In May 2018 Jane took over the position of Executive Director.  Jane is looking forward to expanding existing programs and services and support to our clients and the broader community.

Pam Rudy, BEd
Coordinator, Separation Resource Services & Mediator
Pam has 33 years of experience in assisting family members affected by separation and divorce.  She has worked with families throughout our agency’s history from when we began as Divorce Lifeline, to Separation and Divorce Resource Centre, to BC Families in Transition, to our current name as Family Services of Greater Victoria (FSGV).  Throughout her employment at FSGV, Pam has attended  professional development courses to update her knowledge of family law and to stay current of dispute resolution options available to assist families in settling family law issues.  While providing legal support services, Pam has had numerous opportunities to observe and become familiar with proceedings in both Provincial and Supreme Court.
Pam’s educational background includes a B.Ed from University of Victoria and a Certificate in Volunteer Management from Camosun College.  In February 2019, she graduated from the Justice Institute of BC with a Certificate in Family Mediation. 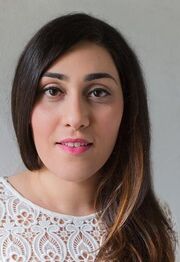 Ava Razavi, MA, RCC
​​​Ava joined us as an intern in 2010, working with children and families as well as facilitating the Caught in the Middle program while completing her Masters degree in Counselling Psychology at the University of Victoria. The multicultural approach to counselling was the focus of her Master of Arts thesis where she examined the relationship between ethnomusicology and modern-day counselling. She also completed a practicum at Bridges for Women Society where she worked on empowering women who have been impacted by trauma and abuse. Upon completion of her degree, Ava joined Family Services of Greater Victoria as a member of the staff. She is passionate about upgrading her counselling skills with the most up-to-date tools and techniques and is currently concentrating on expressive art and play techniques when working with children.

Deanna Leippi, MA, CCC
Deanna’s experience includes working with single parents through The Single Parent Resource Centre and facilitating support circles through Parent Support Services of BC.  As an education Assistant with School District 63 she worked with children who struggled with school work and social skills.  Deanna has completed her Addictions worker certificate, Family worker certificate and her master’s degree in Counselling.  She has also worked with women who have escaped abuse and with individuals struggling with mental health and addictions.  She joined Family Services in 2017 as an intern and has joined the team as a counsellor for individuals and children. 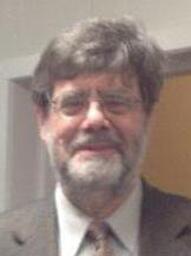 John Ricker, MA, RCC
John joined Family Services of Greater Victoria as an intern in September 2007, initially working with adults and couples, later working with children and youth, as well as providing program coordination. He completed his Master's degree in Counselling at Bastyr University in Seattle, focusing on systemic approaches to family therapy. Concurrently, he fulfilled a practicum at Citizen's Counselling Centre in Victoria, and pursued further studies in somatic experiencing and integrated body psychotherapy. He has taught yoga and meditation for many years, and has also lived and worked in diverse parts of the world, including New Zealand, Peru, and both the Arctic and Antarctic regions.

Vahini Govender, MC:AT, BA (Psych.), DVATI, RCC
Vahini is a registered clinical counsellor and art therapist (B.A. in Psychology and Masters of Counselling – Specialization in Art Therapy).  She has worked in the social sector for over 15 years, providing helping services for various populations and agencies.  Outside of her role as counsellor/art therapist/Caught in the Middle Coordinator with FSGV, Vahini works in her private practice, Bright Insight Therapy, and is a private contractor in the Greater Victoria area (specializing in groups).  Vahini aligns with art, narrative, and existential therapy, and has a deep understanding of trauma and mental health.  She believes that successful counselling includes a strong therapeutic alliance and authentic counsellor acceptance of multiple realities.  Vahini is a published academic writer, and is skilled in developing therapeutic programming.  Her arts-based research is used as a teaching tool at the Vancouver Art Therapy Institute.

Yuko Kawasumi, MA, RCC
Yuko initially joined Family Services of Greater Victoria as a first response volunteer in the summer of 2013. She started her practicum at FSGV in September 2015. She completed her Master's degree in Counselling at the Victoria campus of the City University of Seattle in 2016. Yuko has worked with adults, children, and youth as a counsellor. Currently, she is a facilitator for the Caught in a Middle program. Yuko also co-facilitates the Parenting After Separation course.

Barbara Green, MA
Barbara has worked in human services for over 30 years, both in Canada and in Europe. She graduated from the University of Victoria with a BA in Human and Social Development and from Royal Roads University with an MA in Leadership and Training. She is also a certified Addictions Counsellor. For most of her professional life she has served as a counsellor and group facilitator, and her clients have included children in care, youth at risk, inmates in maximum security institutions, families in crisis, and individuals. Her first love is working with parents on topics including step-parenting, conflict management, and personal development. Barbara has been an enthusiastic facilitator at Family Services of Greater Victoria for the past 10 years as a facilitator for the Caught in the Middle and Parenting with a New Partner programs.

Lionel Zelniker, MA, MSW
Lionel graduated from McGill University in 1970 with a Master of Social Work degree, specializing in group-work practice. Since then he has served in a wide variety of family-service organizations, both in Canada and abroad. His major responsibilities have included individual and family therapy, group therapy, management, and supervision of professional social-work and child-care staff. In the last 16 years he has worked in private practice, specializing in group therapy and providing various types of counselling, as well as training professional staff at various agencies in group-work methods and supervising graduate-level practicum students. He has served as a contractor with Family Services of Greater Victoria for 11 years, facilitating Parenting After Separation, Evolutions, and Caught in the Middle, as well as training new facilitators. Lionel currently co-facilitates the Parenting After Separation program.